A little about the lime pointing process. Once we have cleaned the bricks and exposed the substrate we can start the restoration process. Re-pointing is the process of renewing the pointing in masonry construction. Over time, weathering and decay cause voids in the joints between bricks, allowing the undesirable entrance of water. Water entering through these voids cause significant damage.

It is essential the mortar used for re-pointing have similar performance characteristics to the original mortar used. To conserve the integrity of the building it is essential to also employ the same pointing techniques and mixes used when the façade was originally built. The different pointing techniques visible on historic buildings reflect skills and craftsmanship developed over many centuries.

Both the mortar and the joints’ surface finish affect the brickwork in several ways. The colour and tone of the mortar lightens or darkens the overall brick facade. How joints are profiled affects how light is caught and reflected on the building. Historically, when bricks were hand made and less uniform, different pointing techniques were used to give the illusion of uniformity.

During restoration, pointing is raked out to twice the width of the joint. All repointing is carried out using traditional methods using lime mortar which allows the building to breathe. Replacement bricks are sourced from salvage yards to get as close a match as possible, taking into account age and colour. 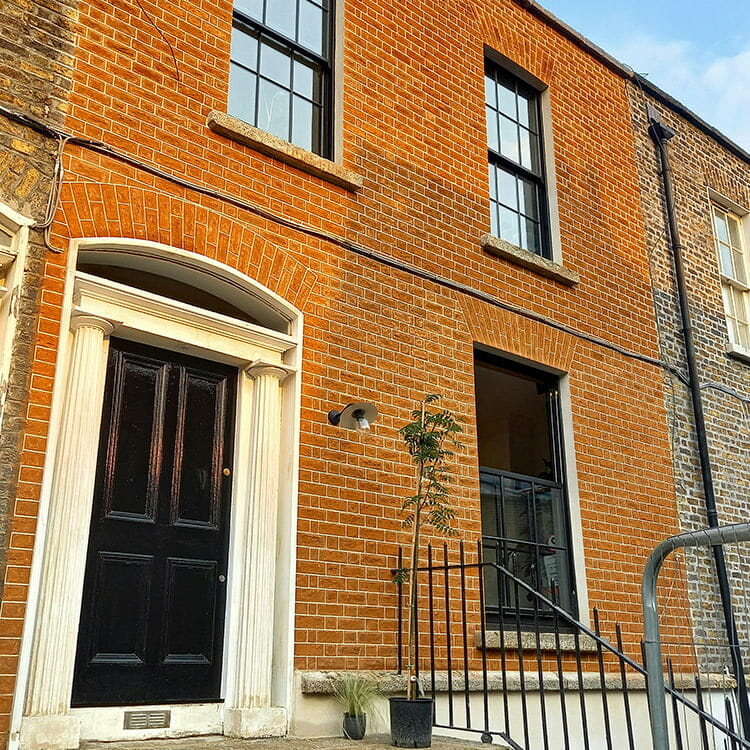 Restoration of External Façade of Bewleys 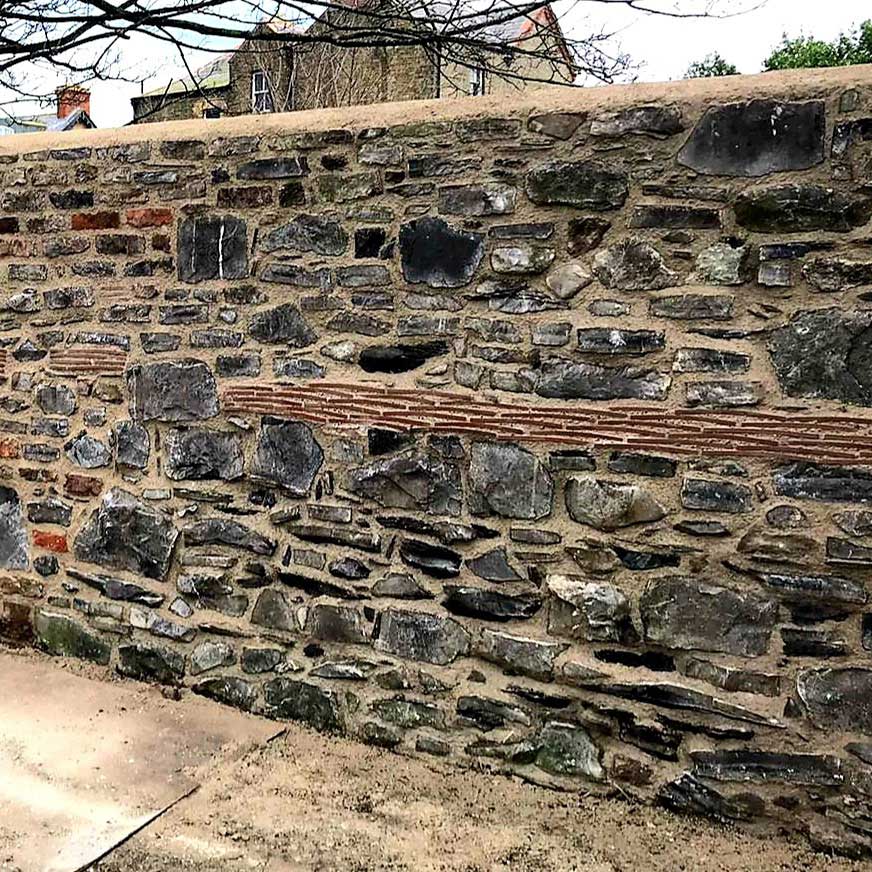 Sheehan & Barry Architects were appointed conservation architects to work on 68 O’Connell Street, Limerick. We have been working with P Mac to review the condition and historic pointing details which were originally used on the front elevation. After careful research working with P Mac’s excellent on site crew, we agreed an approach to restore the façade with an Irish wigging detail. This has now been successfully implemented to the great benefit of the Protected Structure and to the credit of P Mac’s skill and expertise.

Mortar is generously applied to make it flush with the facing brick. Once applied the mortar is brushed leaving an un smooth finish. Brushing the excess mortar creates a more rough joint with more texture. The uneven pointing adds character to the building.

The mortar is generously applied but partially recessed in an angle of 45°. This creates a shadow effect emphaising the horizontal line of the bricks. It is also employed to allow water to run off the bricks.

Tuck pointing is a technique commonly used during the 18th and 19th centuries to give the impression of a neat and precise mortar joint. Mortar joints were often relatively wide owing to the unevenness of hand-made brick. Tuck pointing disguised the width of these joints with the use of brick coloured mortar. During the latter part of the19th century, the use of more uniform machine-made bricks meant that neat joints were easily formed and a flush or slightly recessed joint was most commonly used.

Nowadays, tuck pointing is often used when a building is being repointed as a way of disguising repairs and to give a neat finish to weathered brickwork.

English tuck pointing is achieved by pointing the joint flush with the brick face using a brick-coloured mortar. A groove is then cut along the centre of the joint and a thin strip of white lime mortar tucked into the centre groove.

Irish tuck pointing or more commonly known as Irish wigging was a pointing method employed uniquely in Ireland in the 18th and 19th centuries. It is achieved by applying brick-coloured mortar over the brick and the joints while leaving the ‘tuck’, a thin strip of white lime mortar, exposed in the centre of the joint. The application of brick coloured mortar in this way is known as wigging and it is this that gives the appearance of a neat joint.

Get updates from this and more of our services